Full Name
Michel Manseau
Job Title
SVP & GM, Canadian Consumer Business Unit
Company
Kruger Products
Speaker Bio
Michel Manseau’s successful 34-year career with Kruger Products L.P. has been built on strong principles of respecting commitments, bringing a clear vision and strategic action plans to customers, and developing and advancing the people around him. Michel Manseau was appointed SVP & GM Consumer Business in May 2018. Prior to this he was the Corporate Vice President, Consumer Sales Canada since May 2007. He joined Scott Paper Limited (now KPLP) in 1988 and held many sales positions with the company in both Canada and the United Kingdom. He is active on many industry boards such as CFIG (AMC) Associated Members Council, FCPC (IAC) Industry Affair Council and GS1 Grocery Board. In 2019, Michel was honoured with a Life Member Industry Builder award from CFIG for his contribution to growing independent grocers and the food industry.

When Michel is not creating strong customer relationships and helping businesses and people grow, he spends his time with his wife and two daughters who have been by his side throughout his career. He is especially grateful to his wife, Diane, for her support, without it, he acknowledges that he would not have been able to achieve the same level of success. Michel also stays active through cycling the country roads surrounding Oakville and playing rounds of golf with friends and colleagues. 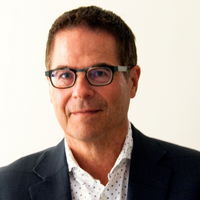