Full Name
Darrell Jones
Job Title
President
Company
Pattison Food Group
Speaker Bio
Darrell Jones embarked on his 40-plus-year career in the food business in Cranbrook, B.C., as a retail grocery clerk. From there, Darrell joined teams in 23 different stores and communities as he moved progressively through a series of senior operating roles with Save-On-Foods.

For the past 19 years, Darrell has been a key member of the company’s senior management team, contributing to the strategic development of the company with his frankness, charisma and business savvy. In 2012, Darrell was promoted to company President. During his time at the helm of the company, Darrell has played a key role in aligning his executive team on their shared goals, positioning the company as the leading grocery retailer in Western Canada on a path of rapid expansion. He is a recipient of the Golden Pencil Award – the highest distinction in the grocery industry – for his outstanding contributions to the grocery industry by the Food Industry Association of Canada in 2017.

Darrell channels his passion for the grocery industry into active participation on numerous industry boards, including those of United Grocers, Inc (UGI); GS1 Canada; the Food Marketing Institute (FMI); Retail Council of Canada GMC; and BC Children’s Hospital Foundation. In his capacity as a member of these organizations, Darrell is a key advocate for the company and representative on both the national and international stages. In recognition of his commitment to community, Darrell was honored by Rotarians with a Paul Harris Fellow and in 2017 received an Honorary Doctor of Laws (Honoris Causa) from Kwantlen Polytechnic University.

Darrell has culled a wealth of experience over more than four decades with the company, and he enthusiastically leads an increasingly diverse team of more than 20,000 people known for innovation, customer service and industry leadership in more than 150 Western Canadian communities. 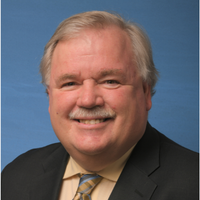